How A STIHL Cordless Chainsaw Helped Build A Theatre

STIHL fans often send us pictures of the projects they’ve been using their STIHL tools for, but when we received…

How A STIHL Cordless Chainsaw Helped Build A Theatre 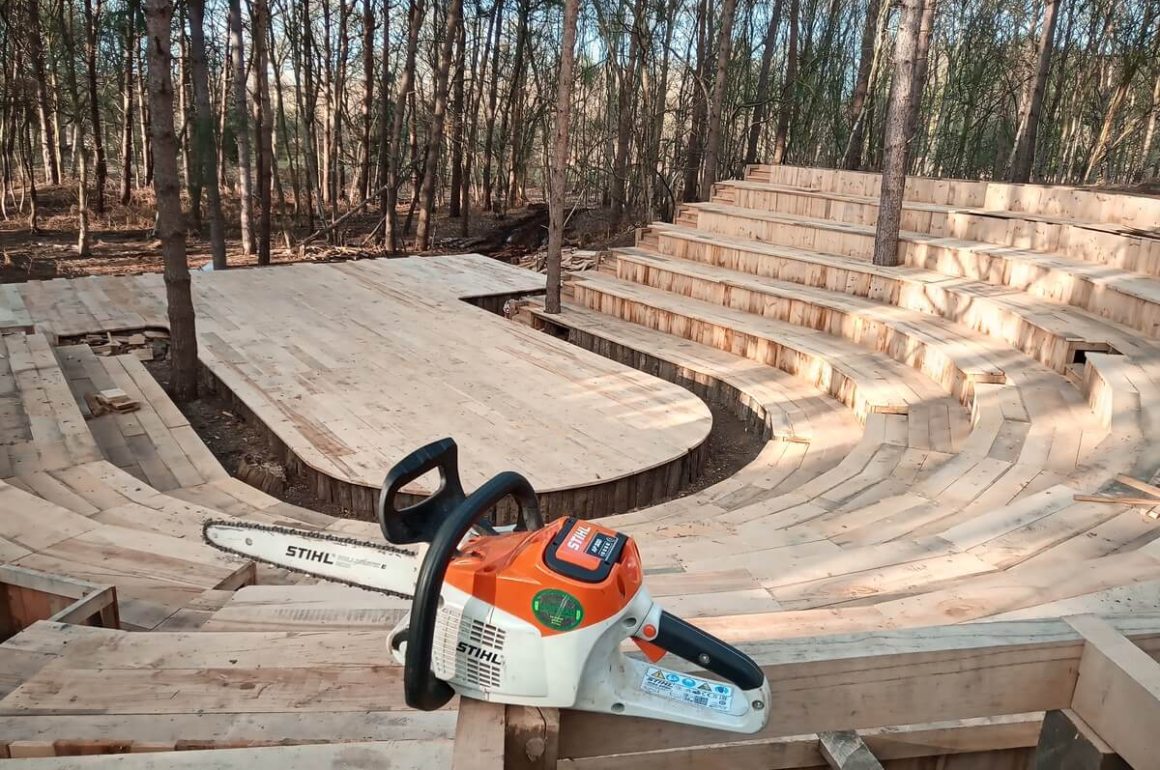 STIHL fans often send us pictures of the projects they’ve been using their STIHL tools for, but when we received pictures of a theatre, we just had to find out more about the team behind it. Thorington Theatre is a new outdoor theatre space in the middle of the Suffolk woodlands, which is being built with the help of a STIHL MSA 220 C-B cordless chainsaw! Silas Rayner was the man with the idea and he told us more about the project…

“I work on both timber construction projects and put on music concerts, so the idea to combine the two and create the theatre came to me around 3 years ago. The area of woodland surrounding the theatre is an old sweet Chestnut coppice. It was bombed in World War II and this site is in the largest of the impact craters. 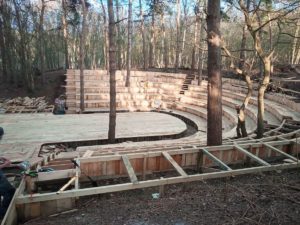 The project is my idea and design, but it wouldn’t have been possible without the permission and encouragement of the land owners and funders of the project. Lindy O’Hare owns the land where the theatre sits and she really understood my vision. Together we have seen it become a reality.

I am also working on the construction myself, along with a small team of three other people, who have all pitched in to help us get everything ready. We have the first of our shows booked for June this year (Covid-19 restrictions permitting).

All the materials have been found on the farm within 100 metres of the site. We felled and milled the timber ourselves onsite back in winter 2019, then started building the theatre itself in August 2020.

The main wood is Sweet Chestnut, however, we have used Scots Pine and Larch which was cleared from the crater to make room for the seating and stage. We have also used oak pegs to construct the frame. As it is made from green timber and it is exposed to nature all the time, the whole structure needs to be able to move with the seasons. 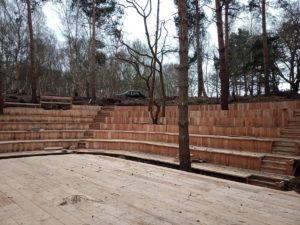 The project has been an amazing experience so far, but there have been challenges. Part of the magic of the site is the natural form of the landscape that has grown around the crater, but it also means that no two pieces of timber are the same size! Working with the gradient of the bank, as well as around the trees which we have left growing in the structure, has been incredibly time-consuming, but rewarding too.

Being a petrol chainsaw user for many years, I was sceptical about the cordless chainsaws, but the STIHL MSA 220 C-B has been fantastic. It was initially bought to cut small firewood, and it was by chance that we ended up using it on the theatre build. However, it has now proved invaluable; we have used it for everything from felling small pines to cutting lengths of milled wood ready for fitting. Where it has been most useful is the precise cuts that I can use it for. The narrow bar and chain make it perfect for fine work with a bit of practice and I now cut millimetre-perfect timber joints with it. Nearly every piece in the theatre has been cut, jointed and fitted using the chainsaw.”

Having seen the pictures of how impressive the theatre looks, we think that’s one of the best testaments to the STIHL MSA 220 cordless chainsaw we’ve seen. To find out more about the theatre or book tickets for these amazing surroundings, visit the Thorington Theatre website.

Have you made anything using one of our cordless chainsaws? We’d love to see your creations, let us know in the comments! 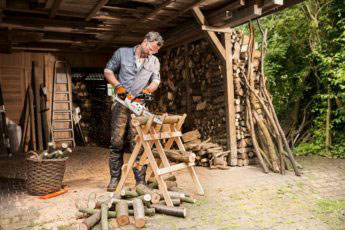 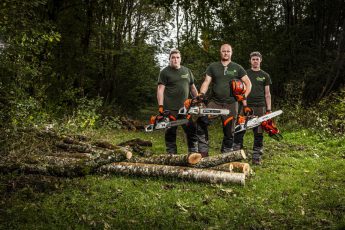 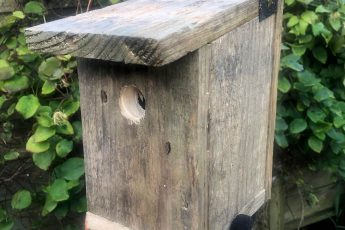 How To Make A Bird Box Out Of Pallets