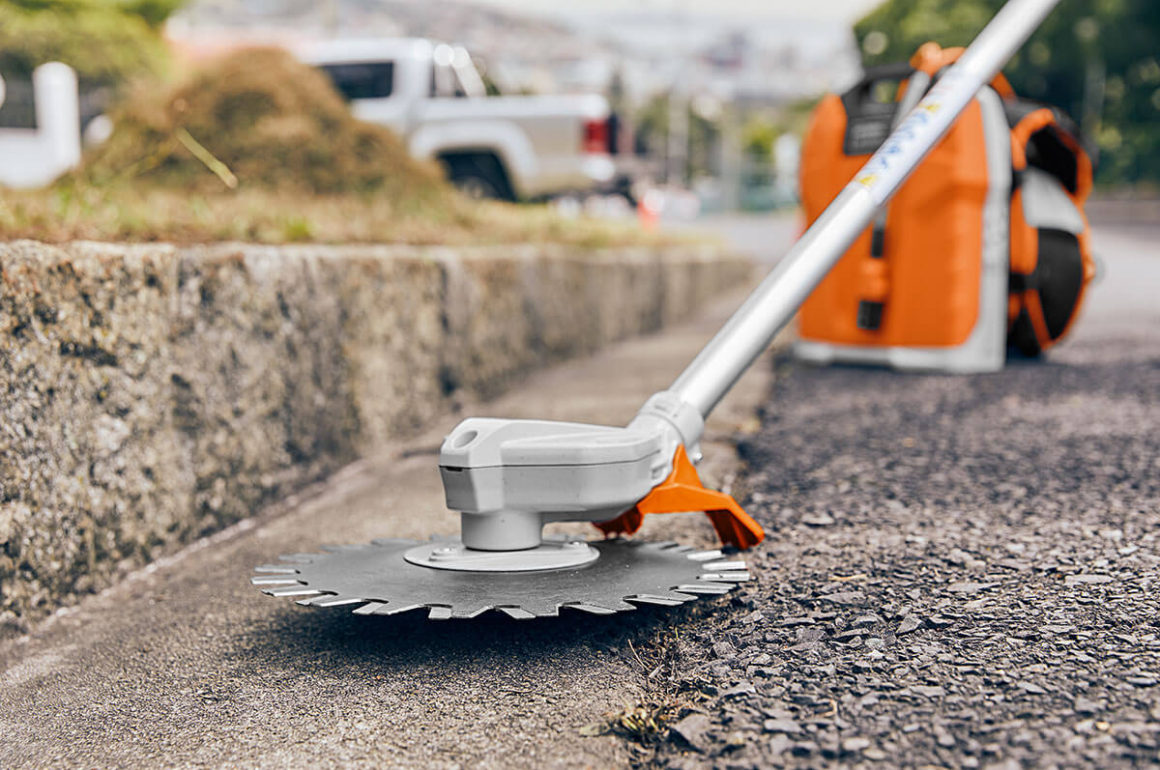 With the new RG-KM KombiTool and RG brushcutter attachment, professional landscapers, gardeners, local authorities and large landscaping groups can effectively tackle grass and weed cutting and removal tasks with ease, on surfaces such as gravel as well as tarmac and paved surfaces, like patios or driveways. 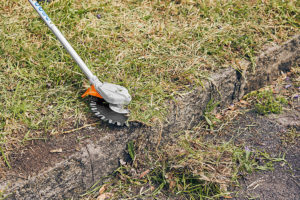 With a traditional mowing head on a brush cutter, the recommended safety distance is 15m from people and objects and it is well known that nearby objects, such as windows and cars, are easily damaged if a stone flicks up whilst mowing.  However, with this new rotary cutting head, the upper and lower blades move back and forth much like a hedge trimmer for an efficient cut. As they are simply moving back and forth rather than spinning round, the low rotational energy means the safety distances can be reduced to just 3 metres from objects and 5 metres from people.

This is really useful, particularly on traffic islands, working near windows on domestic and commercial contracts and also if you know you will be working in pedestrian areas. And the cost of a new window and a disappointed customer is often much more than the cost of the RG or RG-KM! 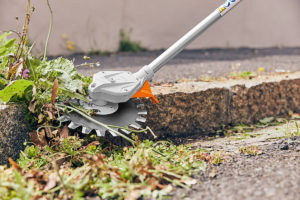 With increasing restrictions on chemical weed controls, the rotary trimmer head allows you to trim the weeds and grass close to the ground, leaving a tidier pathway or traffic island, without the need for chemicals. The design of the blade-set also means it tends not to clog with cuttings, so more time can be focussed on the job at hand rather than maintaining the tool. 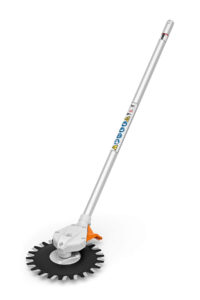 The circular design of the blades also allows it to be rotated for long life. The front 120 degrees of the head is used during mowing, so you can rotate it twice before you need to get the blades sharpened or replaced.

Removing weeds used to be a difficult, labour-heavy and strenuous task, but with the RG-KM rotary cutting head and RG brushcutter attachment, it is much simpler, quicker and equally effective. 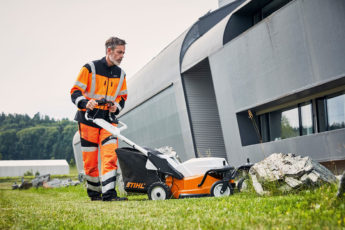 Backpack Batteries & Carrying Systems – What Works For You? 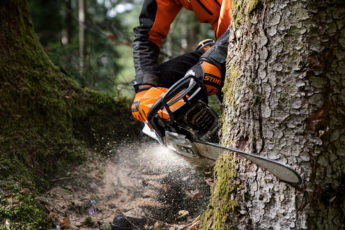 MS 400 C-M – the first saw with a magnesium piston