As the garden gets ready to put on its finest show, follow our guide to what to sow and plant… 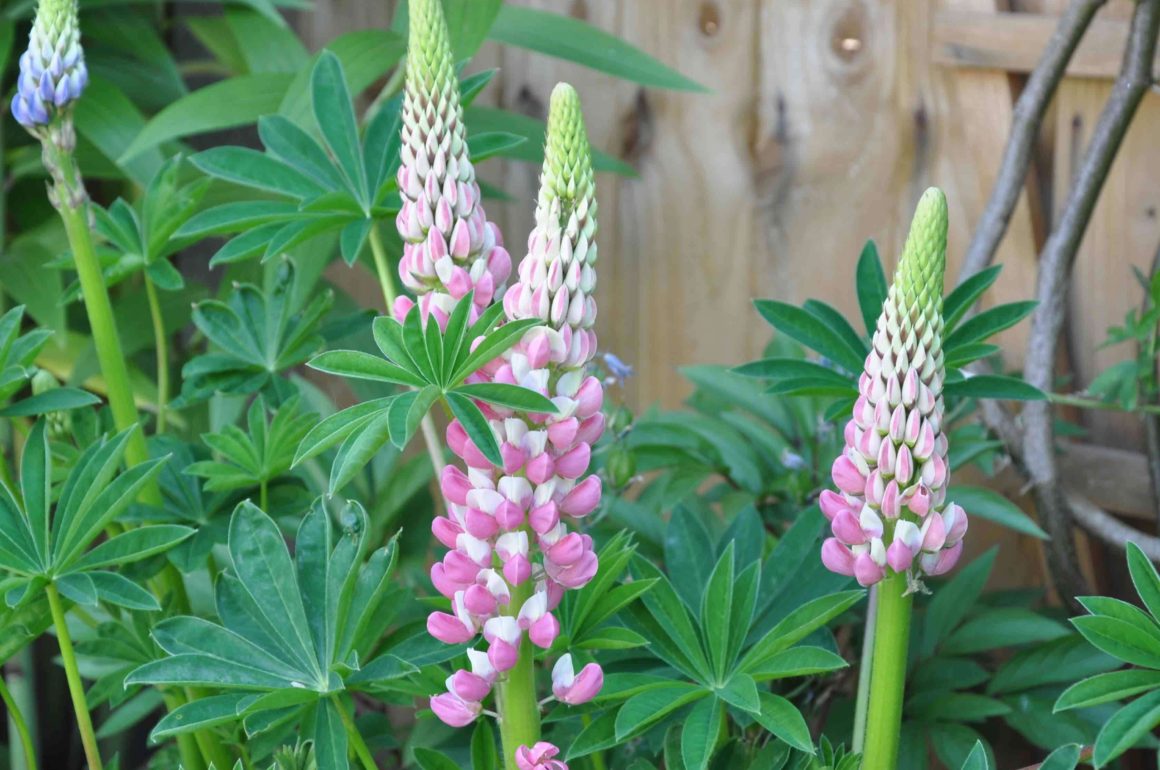 As the garden gets ready to put on its finest show, follow our guide to what to sow and plant for gorgeous blooms and a mouth-watering harvest this month.

June flower of the month: Lupin 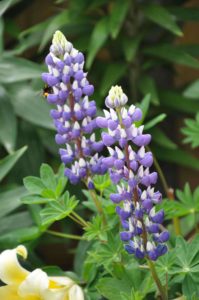 If there’s one plant that conjures up an air of nostalgia in the garden, it’s the lupin. Chances are that you first caught sight of these cottage garden favourites in your grandparents’ back yard when lupins were a staple of traditional British flower borders. Now, lupins are enjoying a resurgence of popularity, with breeding producing a kaleidoscope of colours that are renowned for their ability to attract bees in their droves – perfect for gardeners who are increasingly seeking out plants that lend a helping hand to struggling pollinators.

Their comeback has been further fuelled by garden designers, who are incorporating lupins into contemporary planting schemes at flower shows. In a mild year, lupins will burst into flower in May, alongside the spring-time blooms of peony and iris, but it’s in June that displays often peak, heralding the arrival of summer and keeping the show going into July.

The enduring popularity of lupins lies in their ability to add height and drama to the middle and rear of borders. They’ll grow happily in sun or part-shade and won’t complain if the soil is only moderately fertile, although it must be well-drained. Lupins can be grown individually but provide maximum wow factor when planted in large clumps or drifts. However, they’re not recommended for containers, because the plants are best suited to garden soil and will become stronger when allowed to get their roots down into the ground.

Young plants, available from garden centres and mail-order nurseries, quickly settle into their new homes. The choice is huge, but you won’t go wrong with Russell Hybrids, a favourite, tried-and-tested mix of tall spires that flower in a beautiful array of colours. Lupin ‘The Governor’ bears stand-out, elegant blue-and-white flower spikes set above neat mounds of shapely foliage, while ‘Manhattan Lights’ is a show-stopper with purple and yellow bicolour blooms. White lupins dazzle at dusk on summer evenings: try ‘Noble Maiden’ or ‘Polar Princess’ for a display that oozes elegance. And the gorgeous red and white-flecked blooms of ‘Red Rum’ are a guaranteed head-turner. 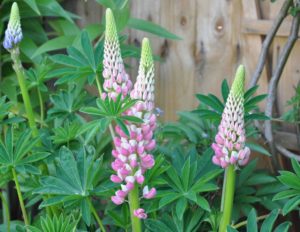 To avoid displays fizzling out before the end of June, regular deadheading is a must. Flowers left in situ after they have gone over will quickly bear fat seed pods and that’s game over for this year, but use secateurs to remove spent spikes and the second flush of flowers can follow.

Gardeners must be vigilant for pest attacks. Slugs and snails think that Christmas has come early when tender shoots of lupins emerge, so deploy organic slug pellets at the first sign of trouble, or sink beer traps into the soil close to lupins, to lure molluscs to a drunken end. As plants develop, the biggest threat comes from aphids, which can infest foliage at breakneck speed, weakening plants and causing leaves and stems to collapse. Either chemical or organic bug sprays will quickly control the problem but don’t delay, because a build-up of aphids can rapidly wreck your efforts and spread to neighbouring plants.

Edible of the month: Runner Beans 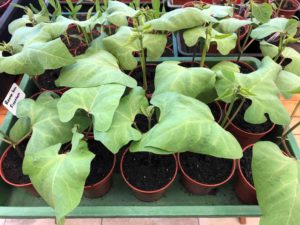 Those of us who caught the gardening bug as youngsters are likely to remember first growing runner beans at school, often as a competition to see who could cultivate the tallest. Yet despite being child’s play to grow, runners are often scoffed at by those of us who detested the stringy pods of yesteryear and associate the crop with hated school dinners.

In fact, modern varieties of runner beans yield harvests of succulent, stringless pods that are rich in vitamin C, iron, folic acid and fibre, cropping well even in poor summers. Their taste is superior in every way to the chewy greenery that we tried to leave uneaten at school, hidden on our plates under cutlery at the end of dinner time. Runners are highly ornamental, too, flowering in shades of red or white, making these vigorous climbers a valuable addition to flower borders, whether grown-up bamboo cane wigwams or obelisks – so even gardeners who don’t have a veg patch can enjoy a tasty crop.

If you didn’t sow runner bean seeds in pots indoors before the end of May, the last chance for sowing undercover, don’t worry. Young runner bean plants are widely available at garden centres in June, while seeds can be sown directly into warm soil outdoors.

Runner bean ‘Firestorm’ is one of the best British-bred newcomers; a red-flowering marvel that’s famed for wonderfully sweet and tender stringless pods that set even in high temperatures or if summer is a washout. Another winner that thrives in poor weather is ‘Moonlight’, a white-flowering type that bears long, stringless pods with excellent flavour. Feeling competitive? ‘Enorma’ produces exhibition-quality beans that combine flavour with pods that are worthy of prizes at horticultural shows. If you only have a balcony or patio, try ‘Hestia’, a novelty dwarf runner bean for pots with red-and-white bicolour flowers followed by long, stringless, flavoursome pods.

To sow directly outdoors, choose a sunny site with deep, moisture-retentive, well-drained, fertile soil. Sow seeds 30cm apart, covering each seed with 5cm of soil, then firm down gently and water. To avoid gluts of beans, sow limited numbers of seeds in succession until the end of June. Plants will need canes for support as they climb, and soil must be kept moist and weed-free.

Watch out for slugs and snails, which are partial to young shoots. Black bean aphids can be a nuisance too: reduce the risk of infestations by removing the growing points of beans when they reach the tops of canes, and spray with an organic insecticide if necessary. Beans are at their most succulent (and stringless) when young, so pick before pods become lumpy with swelling seeds – regular runner bean harvesting will encourage plants to carry on cropping from August into early autumn. 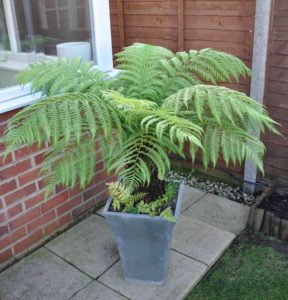 There’s no better way to create a jungle-like chill-out zone in a shady corner of the garden where little else will grow than by introducing an Australian tree fern. These natives of Down Under first caught gardeners’ attention thanks to TV makeover shows such as Ground Force and Home Front, and remain the height of popularity today. Large, arching, divided fronds unfurl from slow-growing trunks, adding an exotic look to any sheltered spot. Tree ferns grow well in containers, too: simply feed with liquid seaweed extract a couple of times during the growing season and protect the crown (centre) with straw in winter.

What are you planting in June? Do you have a flower of the month? Let us know in the comments. 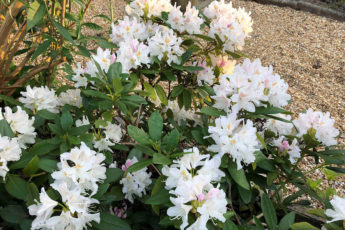 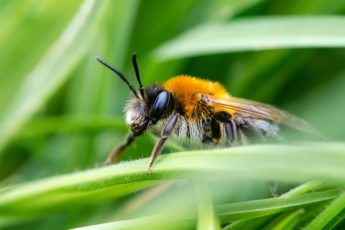 How To Make A Solitary Bee Hotel 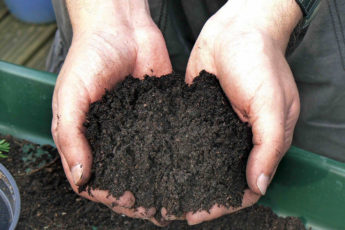 Know your soil types and become a better gardener