A Guide To Growing Rhubarb

On our vegetable plot, rhubarb is the undisputed King of Veg. We inherited two mighty rhubarb plants from the previous…

A Guide To Growing Rhubarb 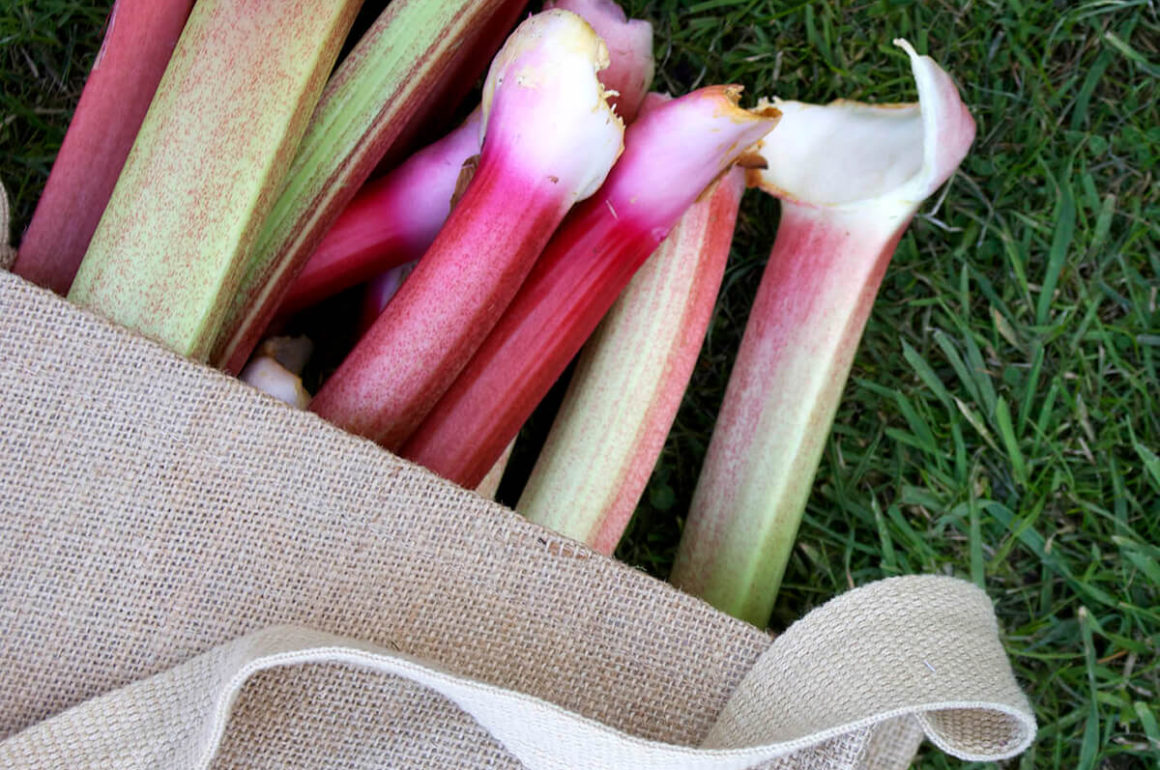 On our vegetable plot, rhubarb is the undisputed King of Veg. We inherited two mighty rhubarb plants from the previous tenant (rhubarb specimens can remain productive for 20 years or more) and, since taking on the allotment, have planted five more varieties. The benefits of growing rhubarb are numerous: not only does rhubarb make the finest crumbles known to man, it’s also a versatile sour addition for cocktail construction. We also love the fact that the large elephantine leaves of the rhubarb plant provide weed-inhibiting cover – and less weeding means more time sitting and supping.

Here’s our guide to planting rhubarb, along with protecting and picking this peerless, mouth-puckering plant.

Dormant rhubarb plants are called rhubarb crowns (or sets) and are usually available to buy in autumn/winter. To prepare the soil for planting, remove any weeds and dig in as much well-rotted manure as you can lay your hands on. You want to plant your rhubarb crowns sometime between autumn and early spring, ideally when the ground isn’t waterlogged or rendered iron-hard due to frosts. Dig a large enough hole to accommodate your rhubarb crown, then carefully lower it into place, ensuring the top of the crown is just visible above the soil. If you plan to plant multiple crowns, space them out a meter apart to allow room for growth. 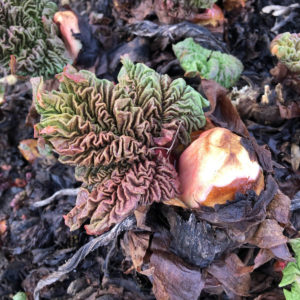 Rhubarb can be largely left to its own devices, but rhubarb plants will benefit from a springtime feed of general-purpose fertilizer. In late autumn, remove the dead leaves and mulch your rhubarb crowns with well-rotted manure. Just make sure you can still see the crown poking out of the top so as not to suffocate the plant.

How to Harvest Rhubarb

Once planted, you’ll need to leave your rhubarb to bed in for a year to enable it to build strength, so be patient and don’t go yanking off any rhubarb stalks in the meantime. To harvest mature rhubarb, hold the stalk close to where it meets the crown, then pull down and out, giving it a slight twist to help release its fleshy grasp. By mid-summer, ease off on your rhubarb harvesting to allow the plant to recover. 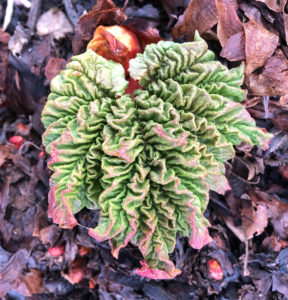 How to Force Rhubarb

It’s not something we tend to do that often as it can potentially weaken a rhubarb plant (and weirdly, feels a bit cruel) but if you are desperate for early season crumble, cover the rhubarb crown with an upturned bucket in late winter. This forces the stalks out from the dormant plant in search of light, resulting in a crop that can be harvested in spring around three weeks earlier than an unforced plant.

To tame an unruly rhubarb that has grown too big for its bed, wait until the rhubarb leaves have died down in late autumn, grab a sharp spade and cleave the plant in half or in quarter, ensuring that each portion that you have created has its fair share of buds from which to sprout. Relocate and plant each rhubarb portion as you would a new crown.

This variety does exactly what it says on the tin, being one of the earliest rhubarb to arise from its winter slumber. With a bit of luck, you can expect to start picking Timperley Early from late February onwards. 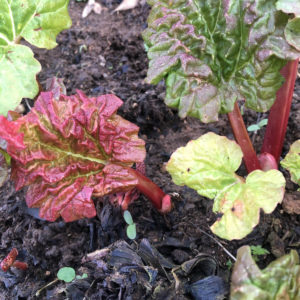 A super-reliable old variety that will churn out an abundance of tangy, relatively string-free stalks. This variety takes its name from Queen Victoria. Likewise, the ‘Prince Albert’ rhubarb variety was named after the eponymous monarch.

A favourite amongst the commercial rhubarb growers that operate in the Yorkshire rhubarb triangle. It’s a late cropping variety that produces a sweet, vibrant red harvest. Excellent for crumbles.

Have you grown rhubarb on your vegetable plot? What’s your favourite rhubarb variety? Let us know in the comments below. 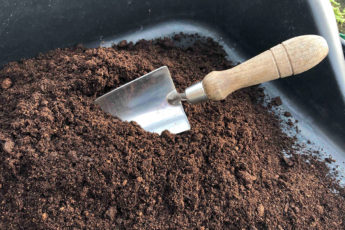 The Essential Guide To Peat-Free Compost 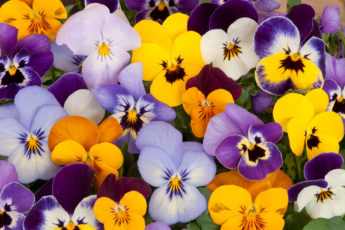 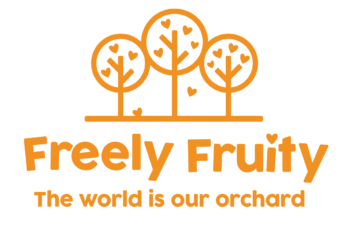