Since 2002, the STIHL 4-MIX engine has been powering a range of petrol tools including brushcutters, backpack blowers, hedge trimmers,… 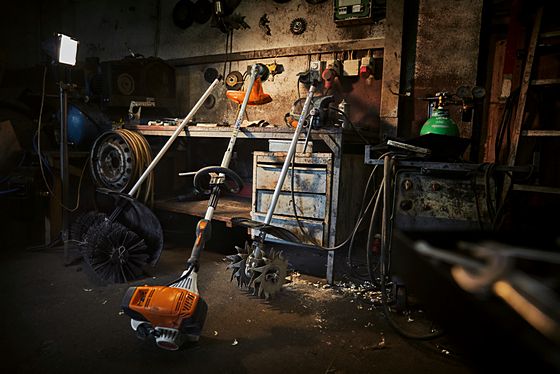 Since 2002, the STIHL 4-MIX engine has been powering a range of petrol tools including brushcutters, backpack blowers, hedge trimmers, pole pruners and Kombi engines. The technology was developed to provide power and torque at a lower Revolutions Per Minute (RPM), with the added bonus of being extremely efficient due to low scavenging loss.

Ultimately STIHL 4-MIX combines all the advantages of two different engine principles: two-stroke and four-stroke. Both adopt the commonly described ‘suck, squeeze, bang and blow’ principle or, if you’re more technically minded, induction, compression, ignition and exhaust. It is the amount of movement of the piston before combustion that determines if it is a four-stroke (2 up, 2 down movements) or two-stroke (1 up, 1 down). 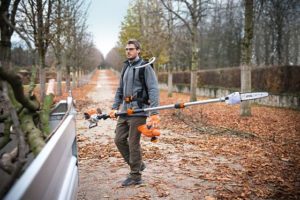 The key advantage of a four-stroke engine is that it produces more torque and power at a lower rev range, lending itself perfectly to tools such as backpack blowers and brushcutters. It is also a cleaner and more efficient system as the valves control the entry of fuel and exit of exhaust. The more popular choice for petrol hand held tools is the two-stroke engine. The two-stroke principle allows the inner mechanical parts to be well lubricated without the need for a separate oil sump, so it can be used at all angles without the worry of potential engine seizures. This engine tends to feature heavily on chainsaws (and many other garden tools) where high revs are needed to achieve a balance of power and speed. 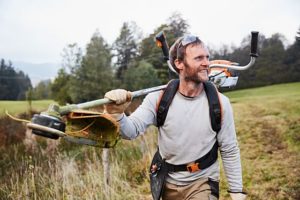 To ensure plenty of power and torque without the added weight of a separate oil sump, STIHL 4-MIX technology works using a four-stroke rotation principle whilst lubricating all the internal parts via the two-stroke fuel mix, hence the name 4-MIX. Other key advantages of 4-MIX technology is the fuel efficiency (as explained above), the fact that it features an inbuilt decompressor making it easier to start plus the valves are easy to get to and adjust when needed.

Adjustment of the valves should be done if you notice a drop in engine power or if the compression increases when trying to pull over (start) the tool. If you’re not sure it is always worth asking your local STIHL approved dealer to check the valve settings. This is also something to consider asking for when your machine goes in for a service. If left without the correct adjustment it may lead to expensive, long term damage, which could be easily avoided. We also recommend that you use STIHL HP Super (semi-synthetic) or HP Ultra (fully synthetic) two-stroke oils. Due to the low ash content of these oils, less carbon builds up around the piston and valve seats. Ash build-up can cause running issues over time so the oil you use is particularly important. 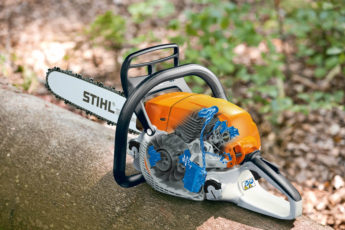 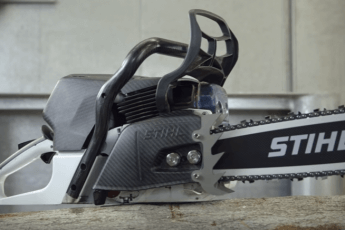 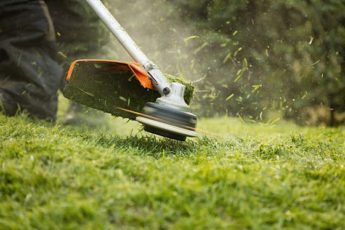 Which cutting attachment? Your guide to grass trimmers, brushcutters and clearing saws