Pumpkins: Growing, carving and cooking – A guest blog from The Two Thirsty Gardeners

Pumpkins: Growing, carving and cooking – A guest blog from The Two Thirsty Gardeners 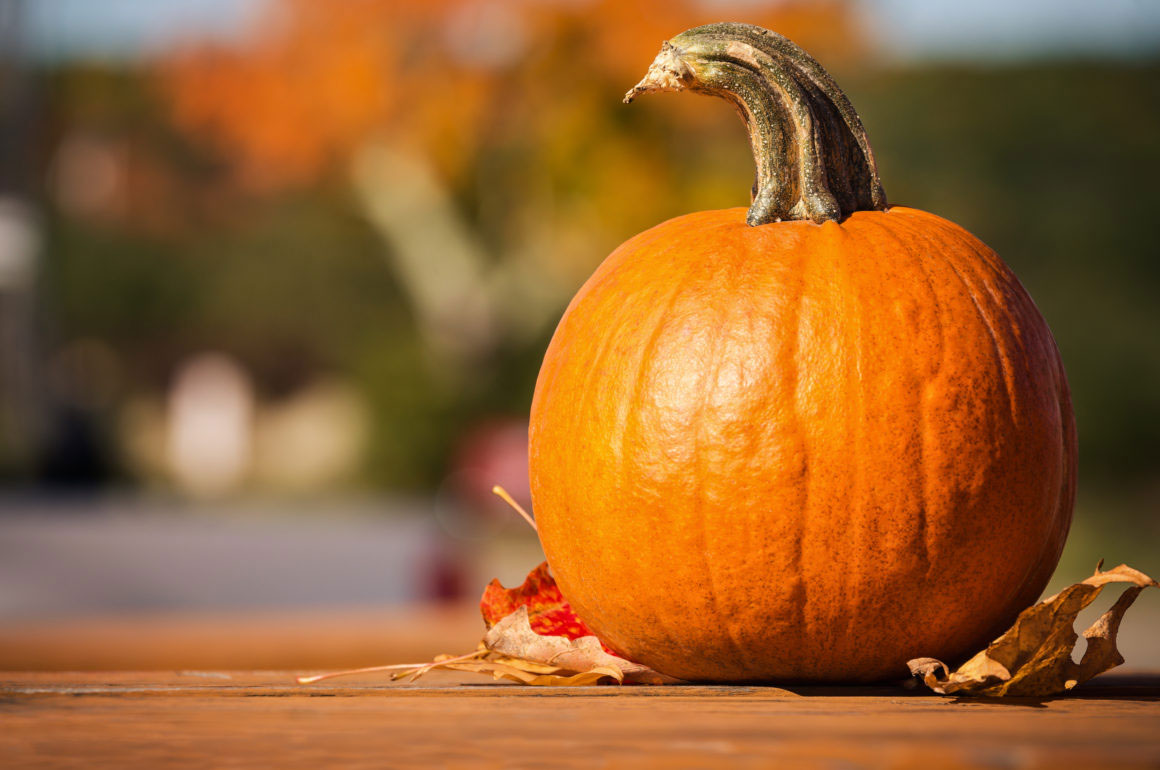 Now that autumn has kicked in we’re reaching the final round of harvests from the allotment and among those will be the biggest of the year: pumpkins. It has been a good year for these portly squashes, with numerous weighty lumps dotted around the patch gradually turning orange.

The plants that support our pumpkins have fared less well, practically turning to dust, savaged by mildew as a result of some inconsistent watering. But they’ve done their job so we’ll now sever the fruits from their twisted stems and allow the final days of ripening to happen under the warmth and security of glass (Nick has a greenhouse, now emptied of cucumbers and melons, while Rich will move his wellies aside to make room for them in his porch). 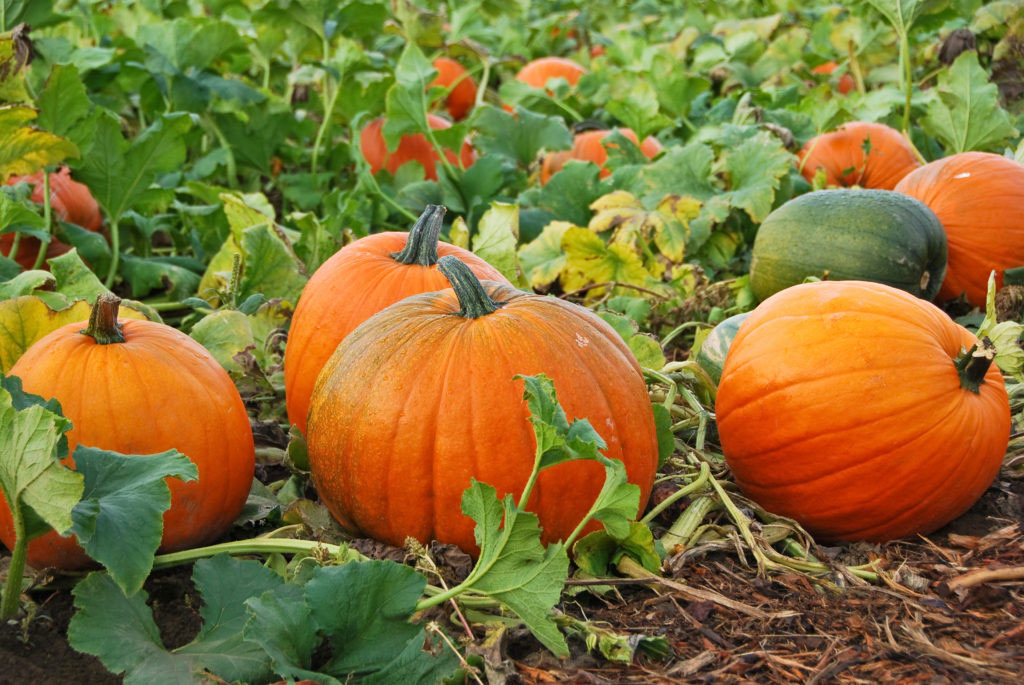 If you’re considering growing pumpkins next year then you’ll first need to pick out some seeds. There is a surprising amount of choice, so here are some suggestions:

Pumpkins are easy to grow from seed – sow them in pots in the warmth for a head start – and they will need lots of space and plenty of manure when planted outside (but wait until all danger of frost has passed). For those considering entering ‘heaviest pumpkin’ competitions you should restrict your crop to one per plant (leave it a few weeks to make sure you’re keeping the biggest), allowing the maximum goodness to reach your chosen fruit. And don’t forget to water well, particularly during dry periods, to stave off that mildew and help the pumpkins swell. 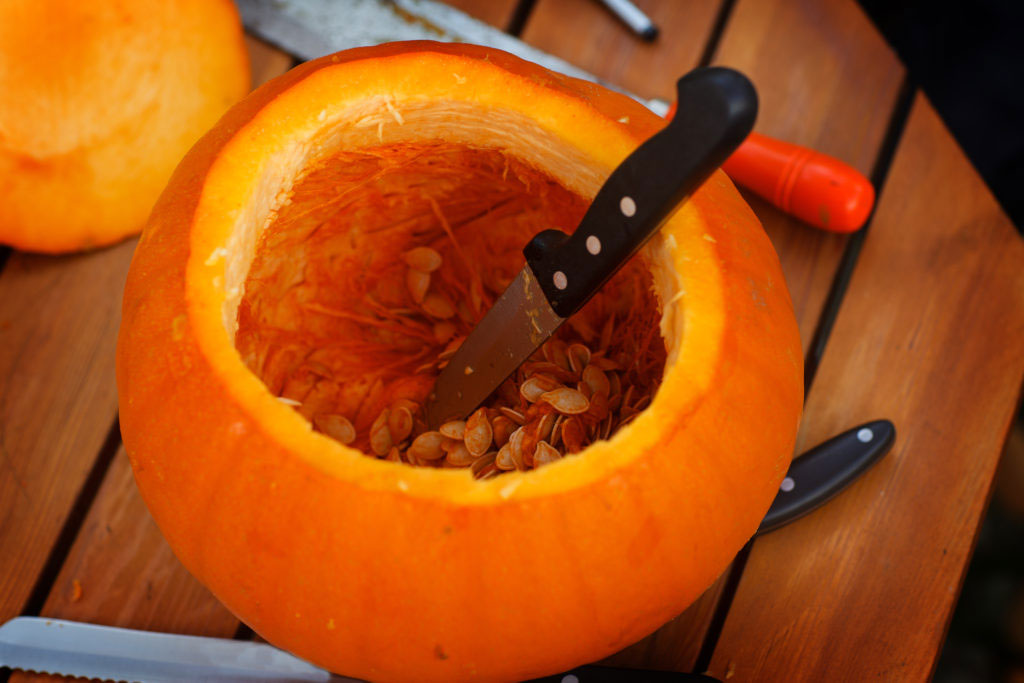 If you grow (or buy) pumpkins for Halloween duties then you’ll soon be attacking them with a knife to create a ghoulish glow. But don’t dive in with shimmering blade and hope for the best, a bit of pre-planning always comes in handy.

Start by drawing out your design first (or plunder some templates from the internet) and try to avoid creating shapes that will be too fiddly for your knife skills. Your first incision should be at the top, using the sharpest and sturdiest knife in the drawer, cutting out a circle to allow you to access the flesh inside. Scoop out the seeds and stringy stuff then carefully start to scrape away the walls – the thinner you leave them the better the glow (and the easier to carve any intricate bits), but the closer you’ll be to the danger of collapse.

You can even carve your very own STIHL pumpkin with our template. 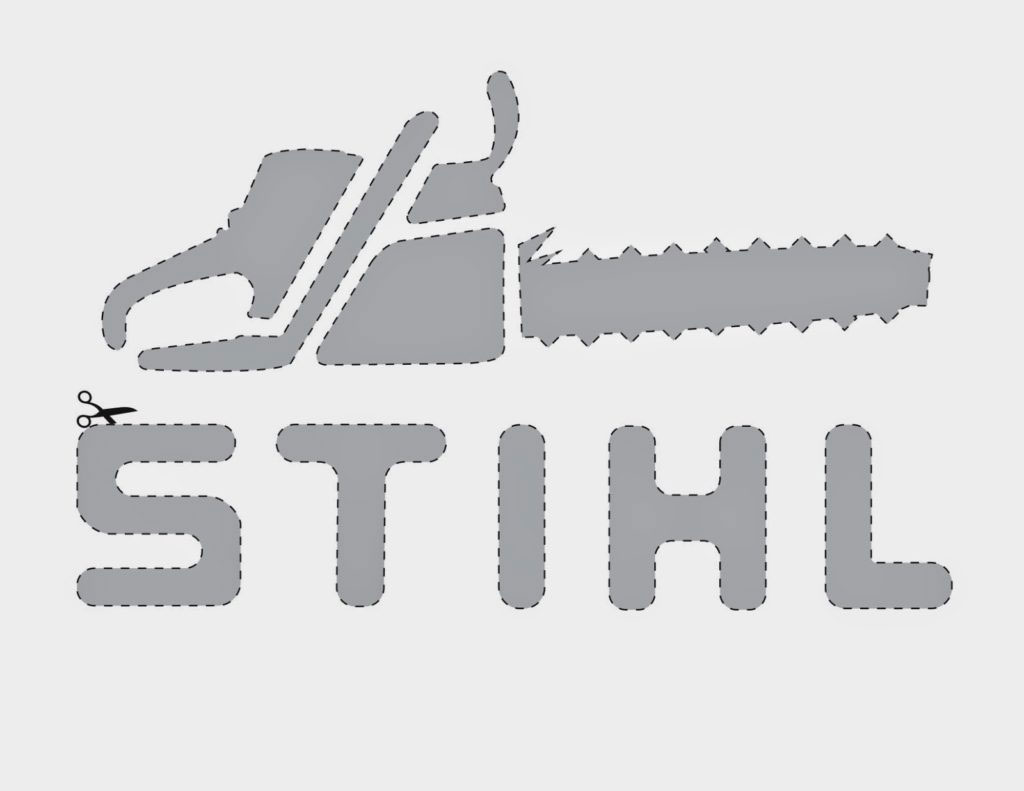 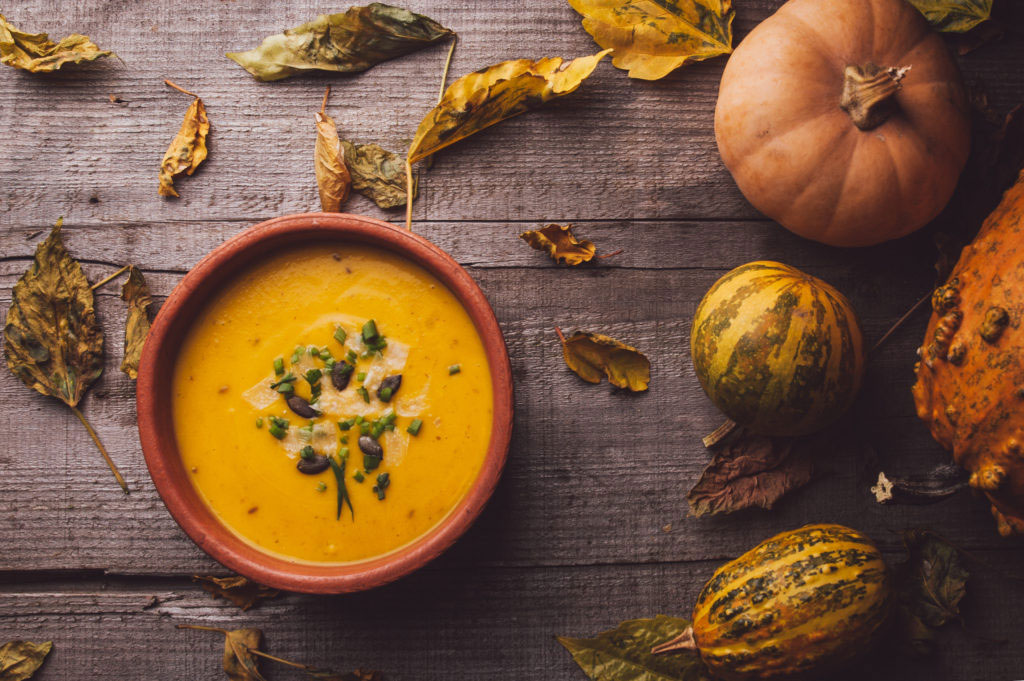 Most Halloween carvers cast the evicted flesh to the waste bin, forgetting that a pumpkin can make a hearty meal. Even the seeds can be eaten – spread them out on a tray and place in the oven until they crisp up and turn colour and you’ll have a bonus, tasty snack.

For the flesh there are any number of options. On the savoury side you could try anything from soups (paring well with bacon or lentils) to curries; use them as a mash substitute for potato recipes; layer them in a gratin; roast them to go with the Sunday joint; or cook the small ones whole (innards scooped out) and fill them with a creamy sauce. They’re also suitable as a chutney ingredient.

Pumpkins are also versatile enough to use in sweeter treats, from spicy pies to cakes and muffins. And if you thought eating them is as far as their culinary uses go then think again: we’ve even been known to brew them up into a deliciously autumnal pumpkin beer.

« Previous post
Will Team GB chop their way to the top in the 2017 TIMBERSPORTS® World Championship?
Next post »
Forest Foraging Guide – A guest blog from The Two Thirsty Gardeners