With his rivals closing in on him, Elgan Pugh peaked at the perfect time with an amazing display in the… 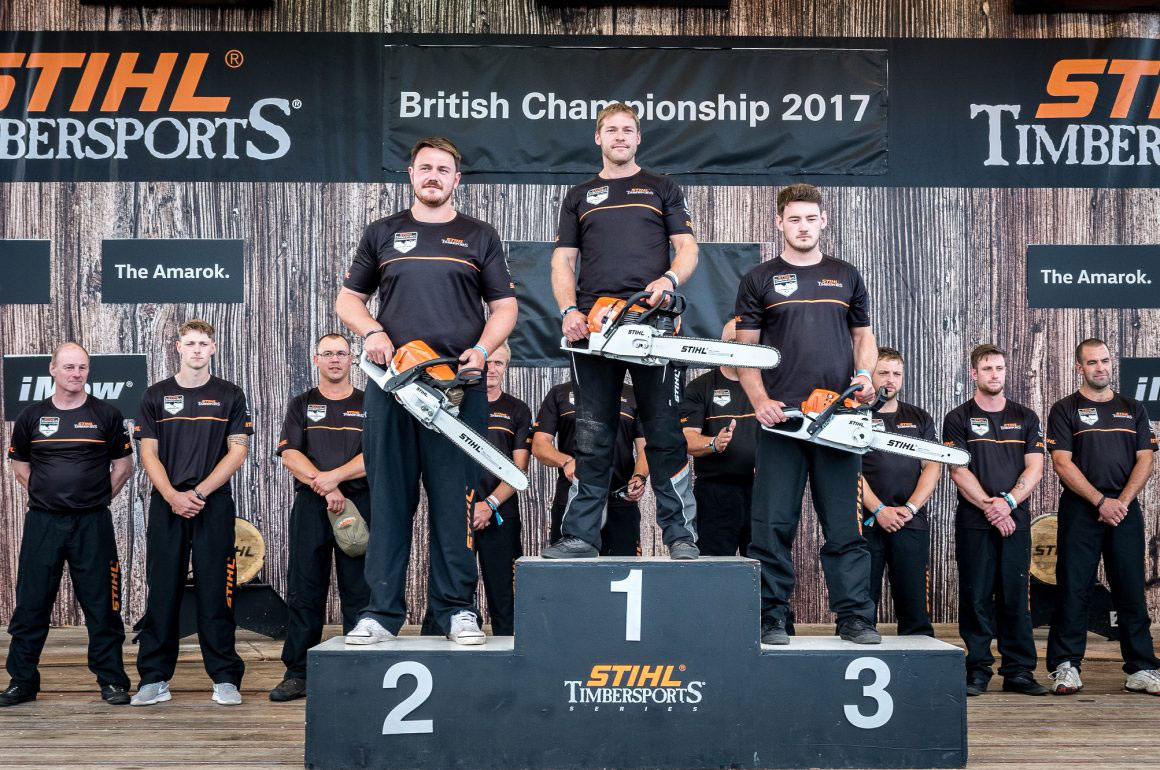 With his rivals closing in on him, Elgan Pugh peaked at the perfect time with an amazing display in the Hot Saw discipline to once again take the top spot in the STIHL TIMBERSPORTS® British Championship, held at BBC Countryfile Live on Saturday 5th August. You can catch the high-octane highlights from the Championship here:

For the third year in a row Elgan scored the most points in the Championship but this year he was pushed even harder by the other athletes with Simon Bond, in second place, finishing just 4 points behind him, and Glen Penlington, in third, forcing Elgan to be at the top of his game. Elgan finished with a 7 point lead in 2016 and a massive 19 point lead in 2015 so the pressure was really on this year. 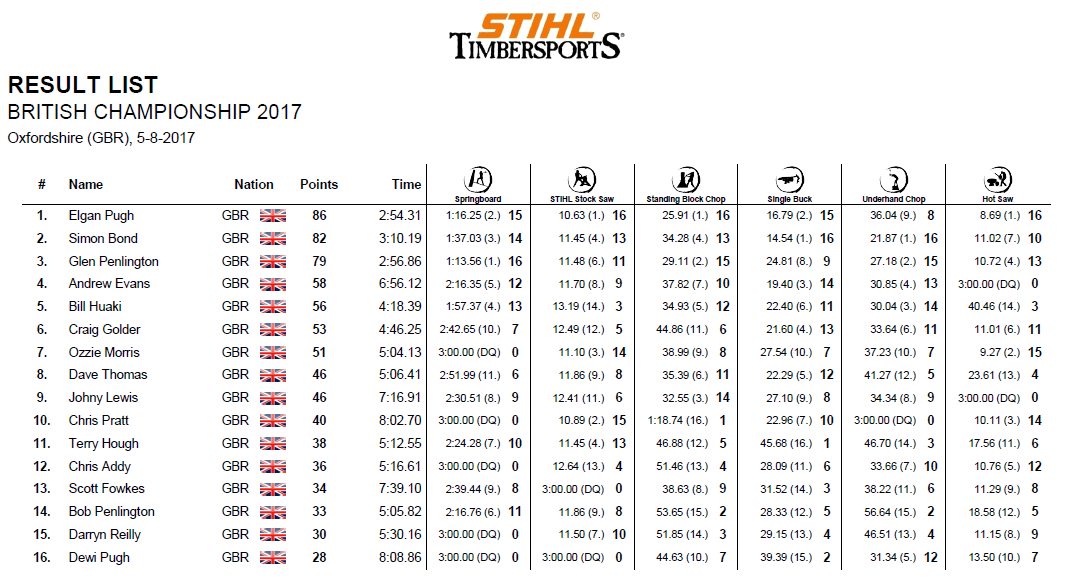 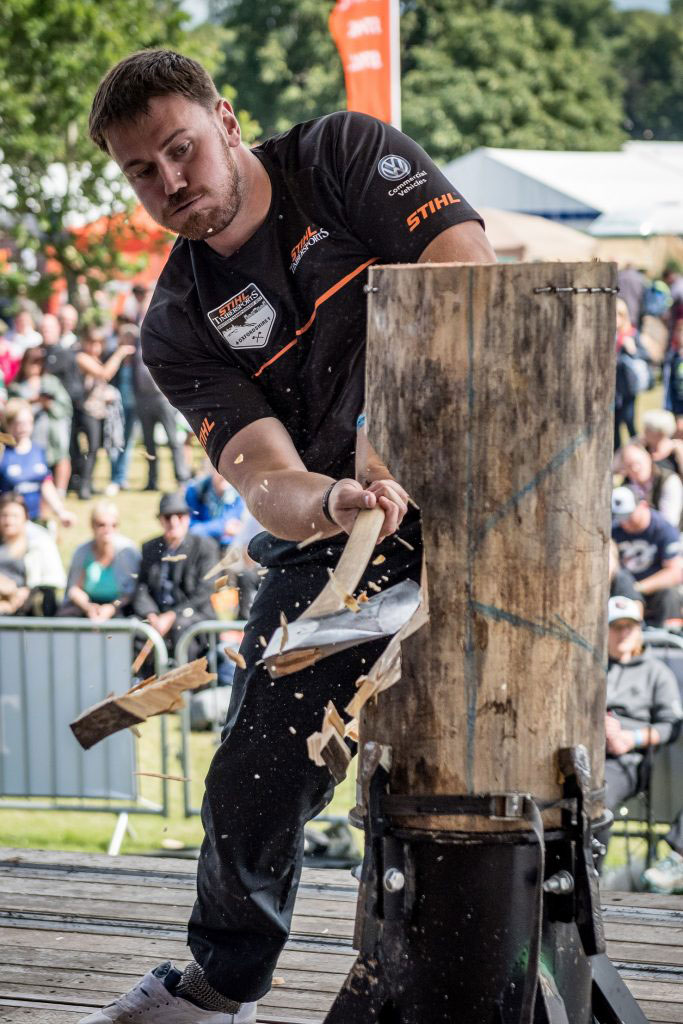 Although Elgan took the crown, Simon Bond led the Championship going into the final event after scoring maximum points in both the Single Buck and the Underhand Chop, and although he couldn’t hang on to the top spot, Simon was pleased to improve on his third place finish last year. He credits this to a streamlined training regime. “I probably trained less this year overall” he said, “but it was much more focussed. I do generally train every day though, either in the gym or chopping, if I have the logs available.”

Glen Penlington, who loves the element of danger that comes with taking part in the original extreme sport, was also still in contention going into the final discipline, after producing the quickest time in the first event, the Springboard. Glen holds the National record in the Springboard event, where athletes must chop pockets into a vertical tree trunk, slot two boards into the pockets and cut through a 27cm block of wood on top of the trunk whilst balancing nearly 3m above the 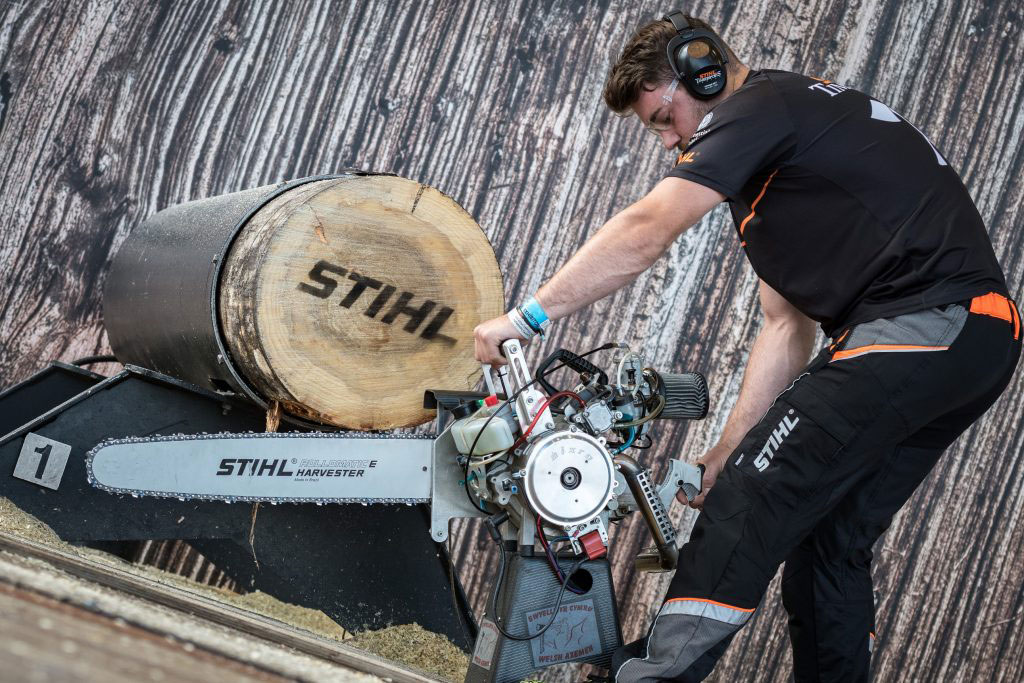 ground! Glen completed this in a record-breaking time of 1 minute 3.83 seconds last year and although he couldn’t improve on this time for 2017, it’s still his favourite event! Glen trained with new racing axes this year and was able to train with a Hot Saw as a member of the Welsh Axemen and he believes that has improved his overall performance. “I also had 6 days of competition at the Royal Welsh Show and Woodfest the week before the Championship so that definitely helped with the build-up” said Glen.

But in the end Elgan’s experience saw him through – he has been competing in lumberjack sports since 2010 – and he can’t wait to represent Great Britain at the STIHL TIMBERSPORTS® World Championship in Lillehammer, Norway in November. As the British Champion, Elgan automatically gets the chance to compete in the individual World Championship but Spike Milton, the TIMBERSPORTS® Global Sports Director and trainer for Great Britain, will now have his work cut out for him with the selection committee to pick the British Team for the Team event, which has been won by Australia for the last three years. The British Team finished 8th in 2016 and will be looking to improve on that position in 2017 so selection will be carefully considered.

Being selected to represent Britain is something that all of the athletes aspire to, and Jack Easen, the 24 year old from Herefordshire who won the Rookie Championship on Sunday 6th August, will now have to wait to see if he will get the chance to compete in the 2018 Rookie World Championship. Rookies, who must be under 25, compete in 4 of the 6 official disciplines with their total time for all 4 events being entered into an athlete league table. Only those with the best times are selected for the Rookie World Championship, but Jack will be quietly confident about his performance on Sunday, improving on his 2016 time by over 10 seconds. 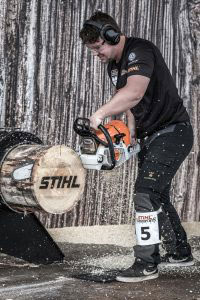 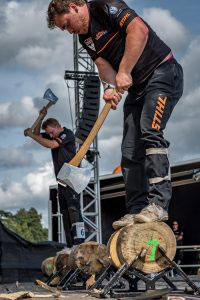 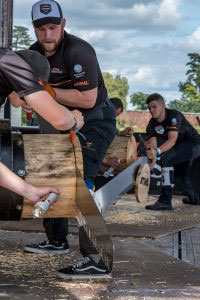 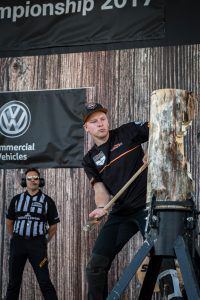 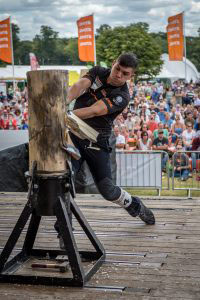 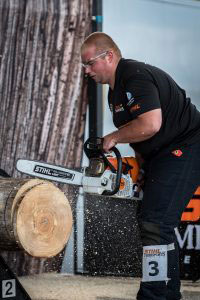 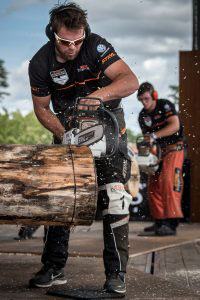 Scott Fowkes, who won last year’s Rookie competition and represented his country in the 2017 Rookie World Championship, also got the chance to appear on primetime TV earlier this year when The One Show featured him, Elgan and Glen demonstrating their skills to the nation! Following the show, applications for the 2017 Newcomers’ Camps doubled overnight with one of those applicants, Angus North, taking first place in the Stock Saw competition in the Newcomers Challenge on Friday 4th August, despite never having competed in TIMBERSPORTS® before March! Angus attended several other training camps after impressing at the Newcomers’ Camp and clearly took his training on board in the competition, when he cut two ‘cookies’ or discs from a 40cm log in 12.95 seconds using a STIHL MS661 chainsaw.

The Newcomers’ Challenge was a new format for Britain this year, specifically to give newcomers the chance to compete in official race conditions. Individual competitions for the Stock Saw, Single Buck, Standing Block Chop and Underhand Chop were run giving competitors the chance to enter one, two, three or all four events and experience the pressure of the sport in front of the Countryfile crowds, who turned out to watch in droves despite the rain! Check out the newcomers getting their first taste of TIMBERSPORTS® here. 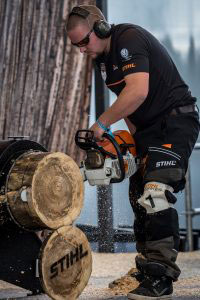 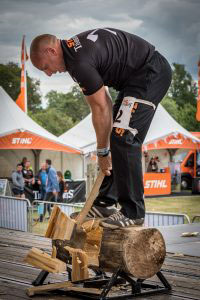 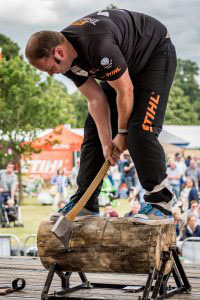 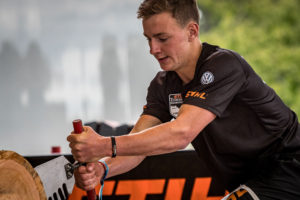 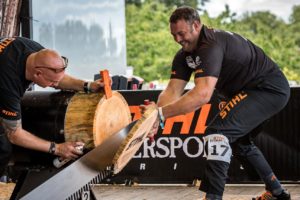 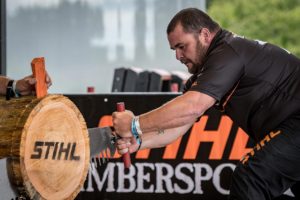 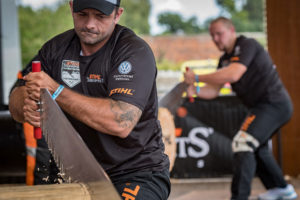 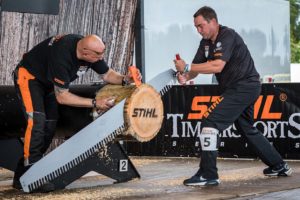 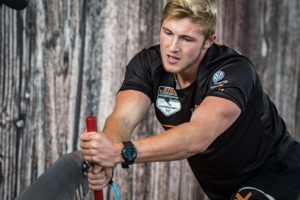 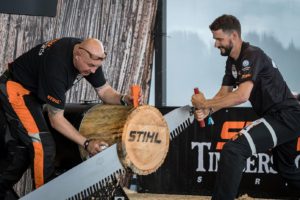 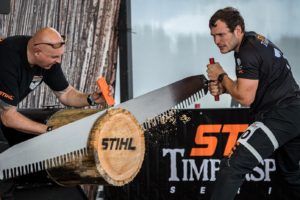 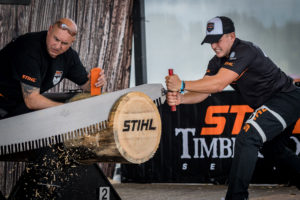 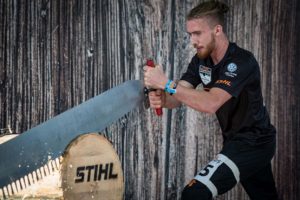 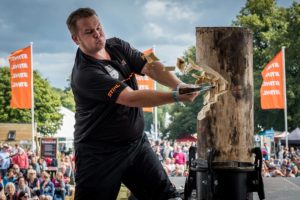 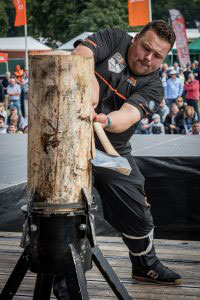 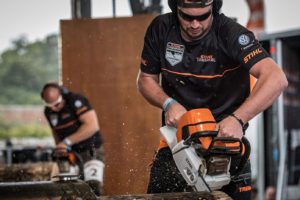 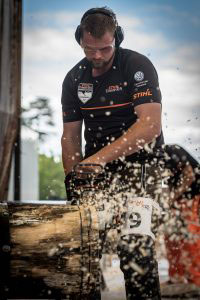 « Previous post
National Allotment Week: How to grow unusual fruit and veg
Next post »
Stay safe and cool this summer